Akin Salawu was a finalist at Tribeca many times. You’re important when you’re a Getty Image!

Akin Salawu is a writer, director and editor. He is also a two-time Tribeca All Access Winner with a BA from Stanford and a Screenwriting MFA from Columbia. He has been a Sundance Finalist cementing his cinematic credentials into the public psyche.

At Stanford, Akin founded Ergo Student Theater Troupe and was awarded the Sherifa Omade Ego Prize for mounting culturally diverse theater. He was a member of The Public Theater’s Inaugural Emerging Writers Group, Ars Nova’s Uncharted Musical Theater residency, & and his first musical was part of The University of the Arts’ 2017 Polyphone Festival. These and so much more have cemented his theatrical credentials into the public psyche.

Additionally, Akin wrote 2 short plays on Ferguson for Chicago’s American Theater and wrote Chapter 5 in the book, The Obama Movement. he is currently writing a rather urgent play about a murdered black man who returns from the dead to save his brothers from the white woman who got him killed. It is not a very polite play. it is a very angry play. “… and it scares me – the writing of it. It’s not easy removing the Masks of Masculinity,” the playwright/filmmaker-with-a-message said. But since the response he’s getting just in the writing of it has been astronomical. “…so I suppose the fear is good,” he concluded.

You are truly a renaissance man – stage and screen. tell us your artistic life story.
It started officially in high school the tide turned, I was on the Drama Board & I got cast in Moliere, Brecht, Stoppard, and Coward. I even got to direct Coward and some of my own plays. While in high school I also started writing, shooting, and editing narrative 90 minute “movies” with special effects and all the inappropriate symbols of social vengeance your average oddball teenager finds vindicating.
I was obsessed with the Nightmare on Elm Street movies & shot a true fan parody that had my mother consider putting me into therapy. At Stanford I founded a student theater company that put a ton of students of color up on stage. Everyone who auditioned got a role. If you wanted to be in my show, I made a place for you.
I went down to USC grad Film school for a few years but dropped out to work for the MTV show “The Real World” after a USC Professor asked me “Why aren’t you writing about crack addicts in the hood?” I had already interned at Kopelson, Donner/ Shuler-Donner, Miramax Dimension, & Dreamworks and was not looking to try becoming someone I was not. I wound up getting an MFA from Columbia University’s Film Division where I became a 2x Tribeca All Access Winner (for a stageplay & a screenplay). 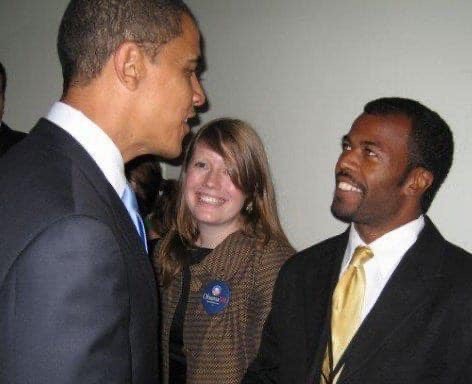 I started working as a video editor and utilized that skill set when I became a grassroots organizer on the Obama 08 campaign. During the campaign I was selected for the Public Theater’s inaugural Emerging Writer’s Group. I went on to work for a Progressive Think Tank for a few years. Then I wrote the book for my first musical, “The Real Whisper”  in Ars Nova’s Uncharted. We were part of the 2017 UArts Polyphone Festival. Last year I founded LIT Council, a writers group for Men of Color, with the Tank in midtown. We literally just began Year 2 and it has been a fascinating journey…creating the very space that I wish had been waiting for me and all The  other Catholic School Christmas Pageant Rejects.
What is your creative process and how does it differ from genre to genre?
Well, everything I write or create begins with an image, idea, or feeling. Feeling is the engine. You’ve got to need to create. It has to feel fiercely urgent. LIT Council exists because I felt like men of color had become the junkyard dogs of the artistic world – chained top the side of the house to bark at passersby. But If we want to be let inside, we’ve got to put on a tutu & do a lil dance for company… 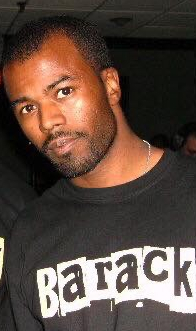 Do you have a mission with your art?
It always goes back to that child coming to understand injustice. I suppose I champion those hidden in history’s margins – where the very best of life can be found…
What is your dream job?
It used to be having my own show on HBO, but I think my dream job today would be impossibly absurd & fun like building and running a gym for wanna-be bodybuilders who lack the genetics to ever be a professional bodybuilder.  And at night, the gym becomes a summer stock theater & any gym member who wants to be in a show gets to be in a show…

By Natasha Dawsen, Editor in Uncategorized on November 20, 2019.
← A Gorgeous – but lacking – Monster An Earthy Night of Plays →