Home » Uncategorized » Phil Paradis and the End of the World … as we know it.

Phil Paradis and the End of the World … as we know it.

“Footprints of the Polar Bear and Other Eco-Centric Plays” is a festival of one-act plays by acclaimed playwright, Phil Paradis that will run at the legendary American Theatre of Actors, 314 West 54th Street, Fourth Floor. The limited run will be November 13-16 and November 20-23 at 8:00 p.m. with matinees on November 17 & 24 at 3:00 p.m. Tickets are $20 and will be on sale on or before November 1. The event is co-produced by stage and film director, Laurie Rae Waugh 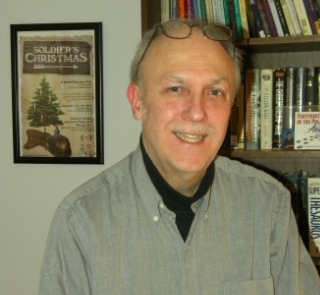 Phil Paradis – a playwright, poet, and professor – compiled a group of works from what’s in the news and on the minds of millions these days–global warming, climate change, environmental degradation.

Footprints …” is a royal flush of clever plays that might make you recycle your thoughts on the climate and the planet.

We wanted to get some thoughts from Mr. Paradis while we still have a biosphere!

Tell us about yourself as an artist

I wrote and published poems for many years — about twenty-five years. During that period, the first ten years I didn’t publish much at all. Then I began having poems appear in periodicals, including Poetry and The American Scholar and College English, and then came three poetry collections: Tornado Alley, From Gobbler’s Knob, and Something of Ourselves. Also during that time I wrote some fiction, nonfiction, and screenplays, and then gradually shifted to one act plays. I’ve been working on plays now for twenty-six or twenty-seven years.  The first ten years writing plays I had nothing produced. My luck changed in 2004-5 when I met Athol Fugard in Cincinnati and he encouraged me to write a play with African American characters. I did. Some people got very upset at me. Some thought I was insane to attempt it. But readings of the drama were so well received that I found a director and producer and it was my first produced play.

What was the inspiration to write plays about climate change?

I was inspired by Stephen Crane who had written about homeless men in New York City in 1894. About 2007, I interviewed some homeless men who lived under a bridge in Cincinnati and turned out the men were vets and one in particular a Vietnam vet who was obsessed with global warming and environmental degradation. Ever since reading Thoreau’s Walden, I have been pro-environment but I was fascinated by this destitute man who cared so much.  I put my full length play on hold and wrote this one act in 2007 that became Footprints of the Polar Bear. We had a public stage reading of Footprints and Soldiers Christmas in December that year and both were well received. Directed by Arnie Shayne, Footprints went on the win the grand prize for the 2008 Cincinnati Directors Competition and was produced again by Arnie  and the Blue Chip Players in 2008. I wrote several short plays for a change as a break from the full-length dramas I had been working on and by 2016 when my futuristic satire Natural Rarities Up for Bid was presented at John Chatterton’s Midtown International Festival, I realized that I had five one acts that focused on global warming, climate change, environmental degradation, and eco-centric concerns. Around that time I met Jessica Jennings and she expressed interest in the plays.

What’s harder… writing a full length or getting the message across in a short play?

I strive to do my best on the short forms too, but full-lengths demand more of my time, and require more research and sustained attention, generally more work as you might expect.

What next for you?

My solo play about The Red Badge of Courage author “Evening With Stephen Crane” is being performed at the Stephen Crane House November 16-17 in Asbury Park, New Jersey, hosted by the Asbury Park Historical Society and The Friends of Stephen Crane. I have completed three full length dramas Soldier’s Christmas,  When New York Was Young, and North Country Holiday that I’d like to see staged. And I have a full-length environmental drama in progress, along with a screenplay on the life of Stephen Crane. 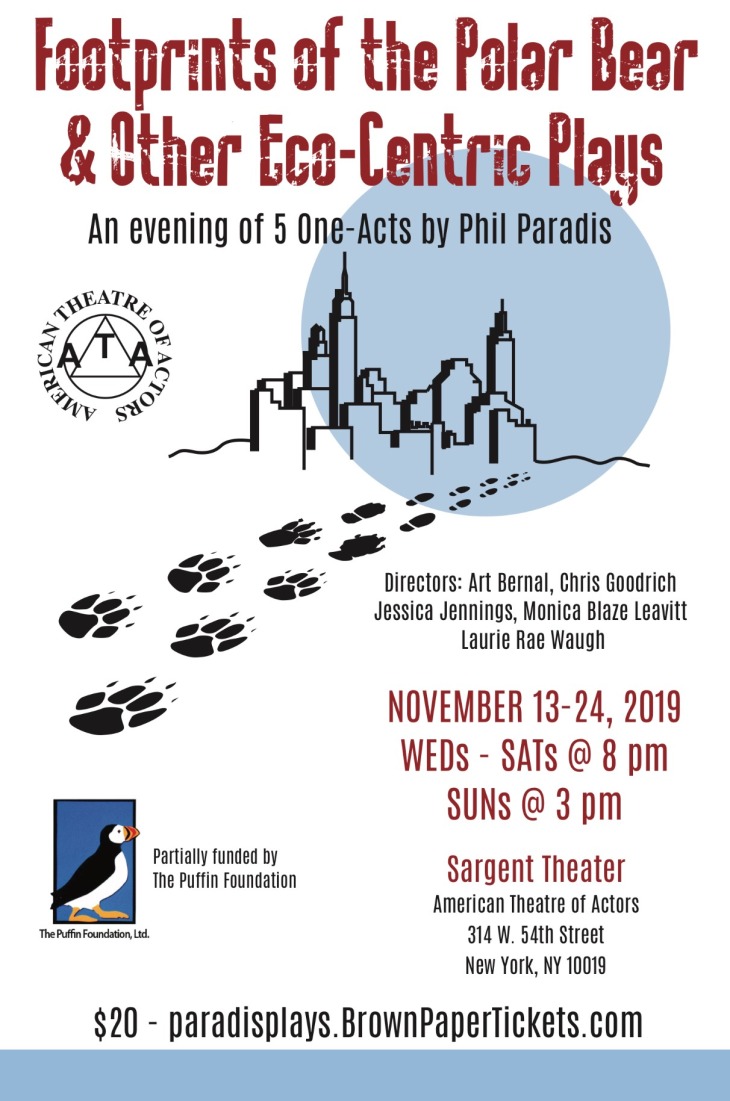 By Natasha Dawsen, Editor in Uncategorized on October 30, 2019.
← Mary Elizabeth Micari: Life in C-Sharp Viagas and The Hope Hypothesis →