Hunger Theatre fills up on American classics! Hunger Theatre, a NYC-based theatre company, described as “small but relentless in their pursuit of excellent storytelling,” will honor one the 20th Century’s greatest storytellers, Arthur Miller, with a new production of The Crucible. The Access Gallery Space, 380 Broadway, New York City. Opening May 2; Running Thursday-Sunday @ 8pm through May 18. Special matinee performance, Saturday, May 11 @ 3pm.

Co-founded by Allison Wick and Luke Wehner, alumni of Circle in the Square Theatre School and students of prominent acting coach, Ken Schatz, Hunger Theatre began in 2016 with a series of new one-act plays and later, a contract production of Mark Schultz’ Everything Will Be Different. Show-Score gave this production a plethora of accolades, including “First off, the entire cast deserves a standing ovation for their performance. Allison Wick (Charlotte) laid it all on the stage and it was magnificent. Ms. Wick handles the emotional weight brilliantly.” “The lead actress is so brilliant that it’s worth seeing just for that… The story is powerful, well written and leaves you truly impacted. This is the kind of theater that makes me love living in New York.” 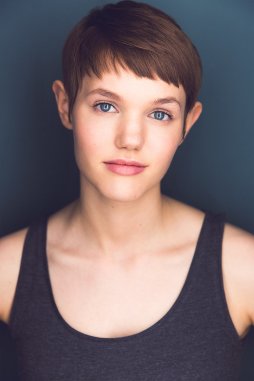 Ms. Wick will direct and appear in Crucible. Casting will be like the company itself: experimental, non-traditional, unique. “I want to combine the emotion and urgency of the piece with the experimentation that comes from a smaller ensemble and pared-down production.” Ms. Wick remarked with auditions about two weeks away. “This play is a masterpiece. It doesn’t need to be ‘reimagined’ to make it compelling or relevant. That being said, our production won’t be stuffy or strictly by-the-book,” she said emphatically.

Allison shared some clever and deep insights into theater, Miller, and her own mission.

Tell us about yourself as an artist? Tell us about your company?
I started Hunger Theatre in 2016 with my partner, Luke Wehner. We have a closely shared artistic vocabulary and way of thinking about acting, and we wanted a way put that to use, doing projects we love and creating theater on our own terms. What began as the two of us putting up one-act plays with our friends on a little stage in Brooklyn led to our first fully-produced, full-length play in Manhattan last year, and now The Crucible this May. I am an actor first and foremost, but as the company has grown, I’ve come to love producing and directing as well. In addition to directing The Crucible, I’ll be playing Abigail, which of course is a huge undertaking, but one I’m relishing.

What drew you to tackle a legend like Miller and why that piece? Do you find it topical … again?
Like a lot of people, my first experience with it was in high school, when I played Elizabeth Proctor at the age of fourteen. It’s stuck with me since then, and when thinking about roles I wanted to play and stories I had a strong vision for, I was really inspired by the possibility of directing it. I think the play’s current relevance is undeniable – it deals very powerfully with the topic of threats against democratic rights and freedoms. We face such threats more intensely each day in this society, although they originate long before our current administration (and are far bigger than the Republican Party, for that matter). If you want a direct connection between the play and our current political situation, consider that Joe McCarthy’s righthand man, Roy Cohn, was Donald Trump’s close friend and mentor (and as writer and theatre critic Frank Rich points out in his recent piece on this subject for New York Magazine, both were given copious help from Democrats as well as Republicans in their wheeling and dealing from the 70s onwards).

What innovation or personalizing (if you will) do you plan to bring to the production?

What I’m most excited about with this production is our ensemble. We have a cast of fifteen, and five of those actors will be portraying eleven characters, which accounts for half of the roles in the entire play. This gives us some opportunities to explore the text in ways that are a little non-traditional, and, I hope, exciting and dynamic. That being said, my primary goal is to honor Miller’s story. I think that sometimes with “innovative” or “experimental” productions of the classics, there’s a danger in distracting from or missing the true substance of the play, and I’m very mindful of that.

What do you hope the audience will take away from this piece? What have you done to make it as universal as possible? Or Have you?

While reading about the Salem witch trials and McCarthyism in preparation for this production, I kept finding myself fascinated by the driving forces behind both events. Interestingly, there’s a theory that the Salem witch trials were caused by a poisoned food supply that caused people to hallucinate. I can understand the appeal of explaining the events away like that – what else could cause the disturbing fits that so utterly convinced the court (and perhaps the accusers themselves) that they were being physically attacked by spirits? The play only gives a small taste of the real testimony given by those in Salem who cried “witch”…but I’m very dubious of that explanation. I think it’s much more likely that scarcity, wealth, politics, and power were the real motive forces behind the Salem witch trials, just as they were with McCarthy’s witch hunts. Another interesting factor which is woven into the play very vividly is the repressive sexual norms of Puritan New England, which I think are not dissimilar from those of the United States generally in the 1950s. In any case, I think the actions of the characters in the play and the real people they represent have much less to do with insanity or deep-seated evil, and much more to do with the conditions of their lives and their personal interests. For me, these events are a testament to the way that external pressures and material conditions mold what people believe and do, even to these terrifying extremes, and so I suppose I hope the audience leaves with a sense of that. As far as universality goes, I think Miller has already taken care of that for us!

What’s next for you?

We are brewing up plans to produce something by Chekhov and something by Camus in the near future – can’t announce details yet, but stay tuned! You can follow us on social media @hungertheatre, or sign up for our mailing list at hungertheatre.com for updates. 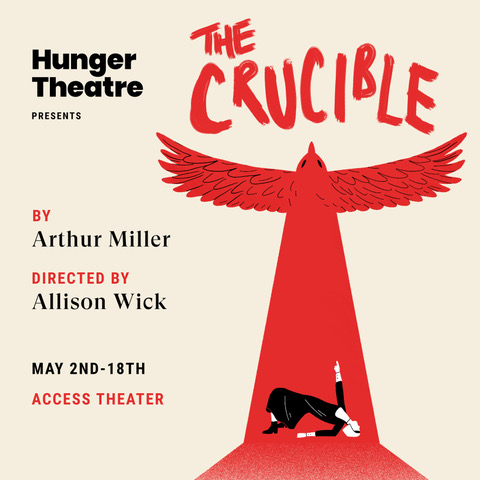 By Natasha Dawsen, Editor in Uncategorized on April 2, 2019.
← War of Words Part I Alex Riad and “Floor Is Lava:” A Parable of the Next Generation →