Home » Uncategorized » “I draw inspiration from Mel Brooks, Neil Simon, and Carl Reiner… their ‘laugh till you think’ philosophy”

“I draw inspiration from Mel Brooks, Neil Simon, and Carl Reiner… their ‘laugh till you think’ philosophy” 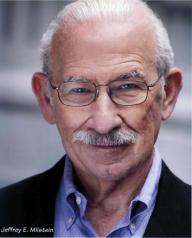 “I draw inspiration and patterns in my work from the comedic geniuses of Mel Brooks, Neil Simon, and Carl Reiner. It’s their kind of ‘laugh till you think’ philosophy that I put into my work,” says the ambitious, actor/producer/director/playwright, Jeffrey E. Milstein.

We met with the heir to the humor fortune of Sid Caesar for a few serious words about art and his take on it.

Tell us about the play and what was the inspiration in writing it?

Fort Dicks, The Musical which I wrote the dialogue and lyrics for the songs is about the justice system and how it treats white collar criminals. I will be directing and producing the play at the Chernuchin Theatre at ATA at 314 West 54th Street in NYC. As you can see from the name of the play, it is a comedy which makes fun of the prison system and not the Army camp as you might think. My inspiration in writing the play in 2006, was real life experiences with the system and how unfairly the inmates are treated. If you make fun of the system, it will be corrected.

Tell us about yourself as a director.

I am a full-time accountant with my own business, I have written, novels, plays and a sitcom in addition to acting on stage and on film. I started out as an assistant director and when the cast came to me to make changes, I couldn’t as an AD. So I started writing my own works so I could adapt them to the cast. I have performed plays in New York City and New Jersey of original material that I wrote.

What is your style of directing and how do you go about choosing your team?

My style of directing is actor friendly. When you get a cast for a show, then own you, you do not own them. Since I have acted myself, I know what it’s like on both sides of the stage and I try to work within the cast. I choose my team of actors from actors that I have worked with before and I know what they are capable of and I audition for new talent because they bring a fresh idea to the table.

Do you feel the play resonates with audiences today?

When you speak to people, it is amazing how many have or know of someone that has been incarcerated. Not only is it bad for the accused, but it is a hardship on the family. When they visit the inmate, they are treated like criminals and not family. Nobody should have to go thru that. Recently, due to DNA testing, people have been released from prison after spending years in the institution. THey have lost family, friends and self-esteem. No amount of money can make up for that. The system is wrong and has to be fixed.

You have a solid career in the arts and a good relationship at the ATA. Tell us about directing in NYC – good and bad – and tell us about the venerable ATA – good and -um bad.

It is good to direct in NYC because the talent pool is great. You are able to pick and choose talent from NY, NJ, PA and CT. ATA is a great venue to present new work to a large audience. I like working on a stage that gives the talent different areas of egress and exit from the stage. You do not get that with a small theatre. Even though it is expensive to rent the Chernuchin Theatre, it is good in the long run. James Jennings is good to work with from ATA if he likes the play. He is not into comedy and musicals. Only drama. So this play is not up his alley but I want to take it to the next plateau. 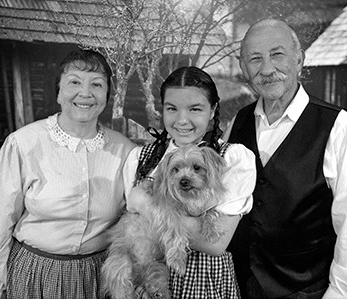 Milstein appeared as Uncle Henry, regionally, for an acclaimed from of Wizard of Oz. (photo from the Yardley Players production at Mercer County Community College’s Kelsey Theatre).

Were you always a playwright or is this a stop in a more intricate journey?

I have been an accountant since 1975 and still am to this day picking up new clients wherever I go. However, I love theatre and would like to make it my life’s work. I enjoy comedy and love the sight gags and shtick that the audience will laugh at. To take their cares away for a few hours is a god send.

What’s your next endeavor?

My next endeavor is a play that I wrote and will perform at my local theatre in NJ called “The Dinner.” It is about a husband and wife who have their son, daughter in law and grand-daughter over to the house for dinner. It is a comedy taken from real life and will be showcased in January 2019. Watch for it. Sight gags and shtick are what makes the play move and the audience to come alive and be a part of the show. We get our energy from a good audience. 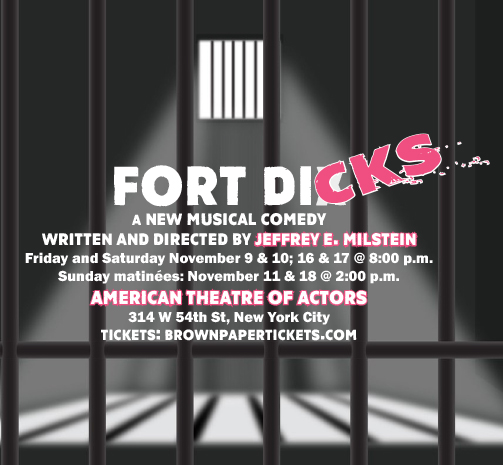 Jail time never was this much fun!

By Natasha Dawsen, Editor in Uncategorized on October 12, 2018.
← Art Imitates Life … But here, Life Survives to do the Art. ABOUT ROBERT VIAGAS – Ai Lead Writer →